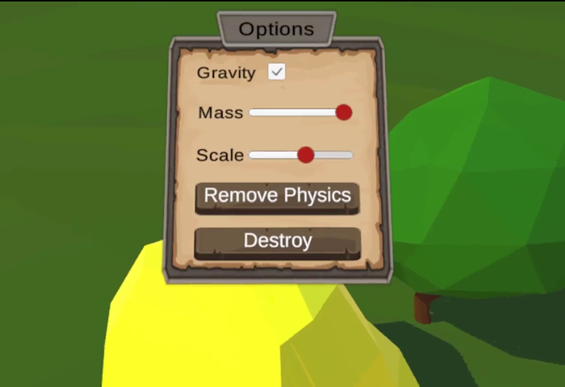 What is the Project?

Virtual Reality Game development platform, is a platform developed by Unity, in which developers can design the scenes of their games, or develop prototypes for their VR games within the Virtual Reality Environment. This platform can move VR game development a step forward, as developers will have full perception of the environment and can freely create scenes with the tools available for them.

Developers can also add any components that they have created, as well as any art assets, and use them within the platform without needing to code or deal with Unity's UI.

The platform was published as my master's thesis in Software Engineering at University of Tabriz. We developed the platform as a team of two in two years, and I was a Programmer and the designer of the project.

We also developed a Geometry Learning VR game, with this platform for our country's "National Elites Foundation". Currently, the platform is used by various teams in two different universities of Tabriz to develop multiple VR games and Apps.

The results of my studies and development will also be published as an article.